The most common question about tartan is "Do I have to be Scottish to wear tartan?". And the answer to that is a simple No.

You have the right to wear a tartan associated with your surname, but anyone may wear any tartan they choose, with the following exceptions:


Tartan is just about showing that you belong to a group.


Other than being born into the group (clan) there are many ways to come into a group. Marriage, of course. That's how I acquired my "right" to wear the McDonald tartan, coming, as I do, from a clanless sept, my ancestry being based in Scandinavian Scotland. But there are many other perfectly acceptable justifications for why you would want to wear a particular tartan, including, close friendships, business partnerships, and geographical connections.

While clan tartans are generally worn by families associated with that clan but there isn't a one-to-one correspondence between name and tartan.  Most clans have more than one tartan design, and more than one version -  ancient, modern, weathered, and muted are terms that refer to the same tartan produced in different hues, not different tartans.

Click here to see a map of clan territories

An old Highland custom is to wear the host's clan tartan as a mark of honour, so it is perfectly all right for all the groomsmen to wear the groom's family tartan. Just don't turn up at a Royal Garden Party wearing one of the tartans reserved for the Royal Family without express permission from the Queen.  One of those tartans is the Balmoral, designed by Prince Albert, Queen Victoria's husband, in 1853 and worn only by the Royal Family and a (very) few members of the Royal Household. Another is the Royal Stuart.

If you want to wear a tartan with a royal connection, there are quite a few tartans named after royal personages that have no restrictions on who might wear them.

District tartans provide an alternative for those who know the area from which their family came, but do not know the clan affiliation, or whose ancestors came from places that were not in the "tartan area". Where a name cannot be traced to a particular area, or is a recent import to Scotland there are a number of national tartans such a Caledonia, The Flower of Scotland, and Pride of Scotland.

For your wedding, I will wear my McDonald tartan with an understated outfit. If there are sensitivities relating to old clan enmities I wear the Flower of Scotland tartan.

For your wedding, I will wear my McDonald tartan with an understated outfit. If there are sensitivities relating to old clan enmities I wear the Flower of Scotland tartan. 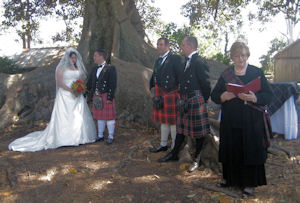 
It is also possible to design and name your own unique tartan. I will talk you through the process if that is something you would like to do.

What if you aren't Scottish?

Just as you don't necessarily have to have a clan affiliation to wear tartan, you don't actually have to have Scottish ancestry either. There are tartans for parts of England, a Cornish tartan, a number of Welsh tartans, numerous university and football fan club tartans, and tartans for numerous countries in Europe.

Outside Europe, Australia has an official national tartan and several district tartans named for Australian states, including Queensland. Canada has the Canadian Centennial Tartan and the Maple Leaf Tartan, and each province and territory has its own tartan. The US has the America Tartan and a number of states have tartans, some of which have been adopted by the state as the official tartan.

For more information about tartans 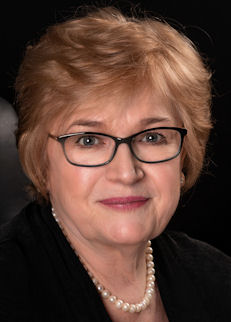